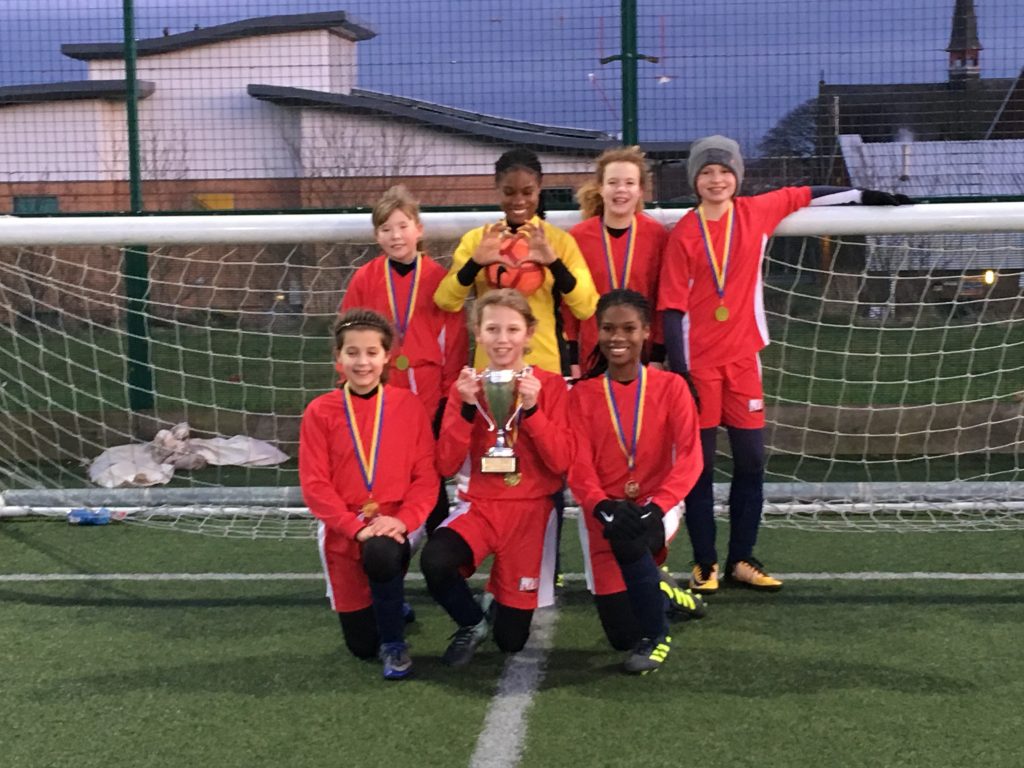 After several weeks and many cold nights, the girls football league came to its conclusion last Thursday. Although a mere coincidence, Thursday saw the top 3 teams battle it out to see how the top 3 would look after all games were played.

Firstly, Bluecoat defeated Bowburn 1-0, followed by Neville’s Cross putting 4 past Bowburn in a 4-1 win. Finally, Neville’s Cross and Bluecoat faced off in the game that would determine the champions. Neville’s Cross came out champions in a very tight but entertaining 2-1 win over Bluecoat. Congratulations to Neville’s Cross who came away having won all 10 of their games, and being crowned champions for the first time. Well done to all the teams who competed – it was great to see so many girls out playing football!