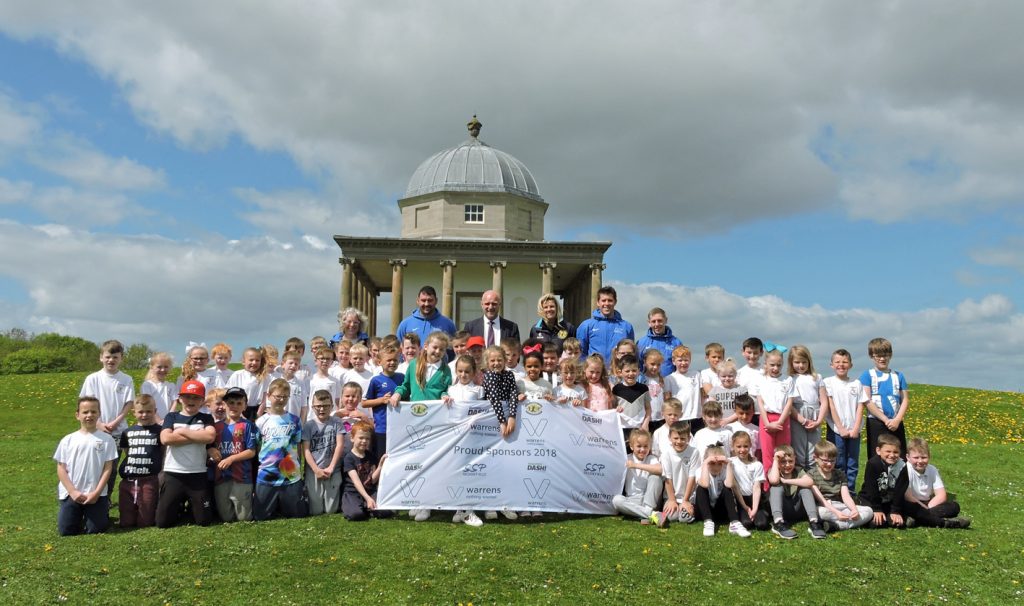 The Dash! series of athletics events for primary school children has returned to County Durham and is hoping to be bigger than ever, boosted by the support of a new title sponsor.  The Durham Dash! and Sedgefield Dash! will see thousands of 7-11 year-olds compete in athletics events, building up to two finals nights in June.  The initiative has secured a new title sponsor with the Warrens Group, a long-established North East food recycling company that does extensive work in the region’s schools, to improve engagement and knowledge about sustainable waste management.

Launched in 2012 and inspired by the London 2012 Olympic and Paralympic Games, the Warrens Dash! events are being delivered by Durham & Chester-le-Street School Sport Partnership and Sedgefield School Sport Partnership, with a range of key supporters, including Ramside Hall Hotel, Hardwick Hall Hotel, Taylor Shaw, Durham AAP, Police and Crime Commissioner for Durham Constabulary Ron Hogg, Story Homes and Smooth Radio.  Today, pupils from schools in the Sedgefield area met Richard Skelton of the Warrens Group in Hardwick Park to showcase how they are preparing for this year’s Warrens Dash! events.

Around 400 children took part in the first Durham Dash! in 2012 – by last year, the initiative had grown tenfold with over 4,000 participants from 60 schools in the Durham Dash! and Sedgefield Dash!.  The children ran, jumped and threw in a series of heats, building up to two nights of finals, on Palace Green in Durham and Hardwick Park in Sedgefield.  Organisers are hoping that even more children will get involved in the Warrens Dash! in 2018.

“The Warrens Dash! is a great way to promote and showcase primary school athletics and encourage more kids to be more active more often.  Year after year, we’ve seen the project grow, with some fantastic engagement from local schools and vital support from the business community.

“We’re absolutely delighted to welcome the Warrens Group as title sponsor and use the partnership to help the company share its positive messages about recycling and sustainability with the next generation.  Along with our other brilliant sponsors and supporters, the Warrens Group is making it possible for us to maintain the Dash! momentum and continue to build on a genuine London 2012 legacy here in the North East.”

“Warrens Group has been working with 214 schools in the Durham area through Taylor Shaw to recycle their food waste and convert it into clean, green energy to power thousands of homes.  We work closely with these schools on several initiatives that promote health and wellbeing and to help tackle food poverty.  When we were given the opportunity to sponsor the Dash! series, we jumped at the chance to help to promote positive lifestyle choices for the children and their families.”

The 2018 Sedgefield Dash! final will be held on Tuesday 12 June, hosted by Hardwick Hall Hotel and Hardwick Park, with the Durham Dash! final on the following day on Palace Green in Durham.  For more information about the Dash! initiative, visit http://dothedash.co.uk, follow @dashseriesuk on Twitter, or find dashseries on Facebook and Instagram.