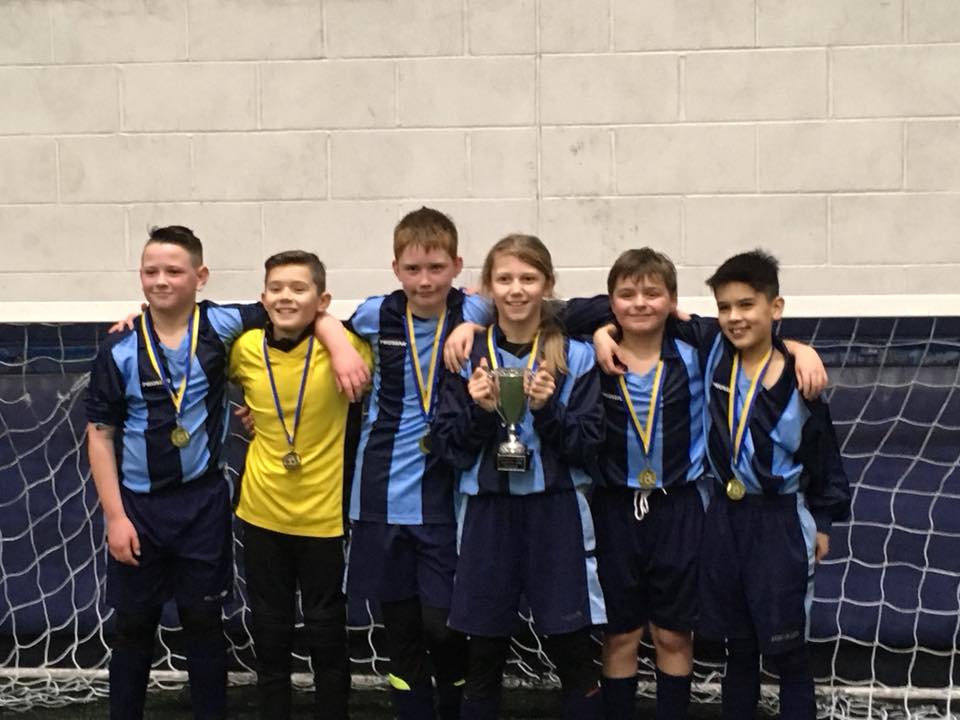 Recently, we hosted a 5-a-side competition at Soccerena with 11 schools competing – the winner of which would go on to represent Durham City in the county Semi-final. Teams were split into 2 groups, who then faced eachother to get as many points as possible, all in pursuit to come top of their group. After the preliminary rounds, the top teams in each group faced each other to decide who would play in the final. After some very tight and well-fought games, Neville’s Cross and Pittington made it to the grand final.

This nail-biting final ended 2-2 at the final whistle. To find a winner, we had to go to penalties – best of 3. After some very cool finishes by Neville’s Cross, they came out the Champions, scoring all three of their penalties. Congratulations to Neville’s Cross who will go through to represent Durham City in the county Semi-final. Another congratulations to Pittington who played very well throughout, and went away with a silver medal. A huge well done from to the remaining teams – we witnessed some great football, and we hope you all enjoyed it!