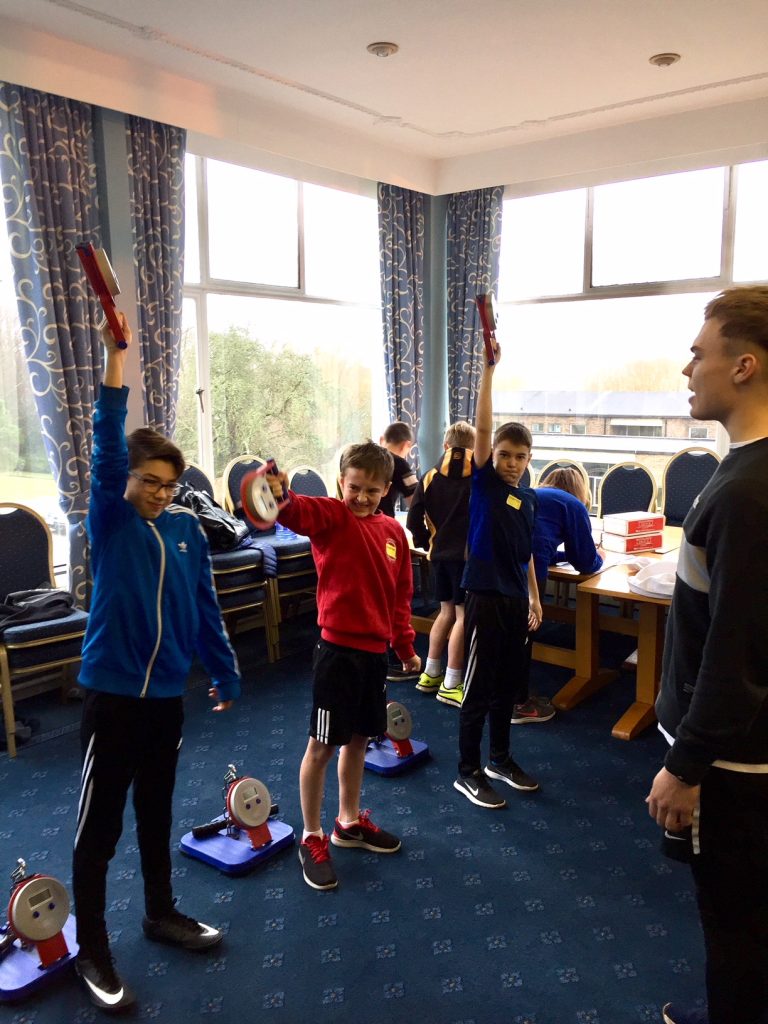 We held our first Year 6 Gifted & Talented Programme on Friday 12th January held at St Bede’s College with 137 children from 40 school across Durham & Chester-le-Street Sports Partnership participating.  The children had been nominated by their school for showing potential in sport.

Throughout the day the children took part in four different workshops.  The first of these workshops was to test the children athletic agility.  The children took part in the UK Athletics Pentathlon Challenge, they were tested on their jumping, balance, throwing and speed ability skills.  During the activities they were awarded points based on their performances, which gave them an overall score based UK Athletics Academy Awards.

The second workshop was Physiology of Sport led by Durham University students.  Activities within this workshop included, lung function tests, blood pressure tests,  power and strength tests and they were also taught the importance of hydration.  This was a great session delivered by the students, very interactive and great enthusiasm shown by the children and the university students.

Workshop three was a Strength & Conditioning session where the children were showing the basic movements and exercises to enable them to perform the strength & conditioning correctly and safely.

Our final workshop for the children was with Alexander Hodge a PHD Student from Durham University.  Alexander covered the importance of good nutrition and the role of psychology in sport.

The the day was a great success and the children went away looking forward to the next session which will take place later in the year.  We would like to give a big thank you to all those who delivered the workshops and to Durham University for their continued support.